Crime Suspenstories, issue 22, 1954, was entered into evidence at the Senate Subcommittee on Juvenile Delinquency. The exchange between the publisher William Gaines and Senator Kefauver led to a front-page story in The New York Times:

He was asked by Senator Estes Kefauver, Democrat of Tennessee, if he considered in “good taste” the cover of his Shock SuspensStories, which depicted an axe-wielding man holding aloft the severed head of a blond woman. Mr. Gaines replied: “Yes, I do — for the cover of a horror 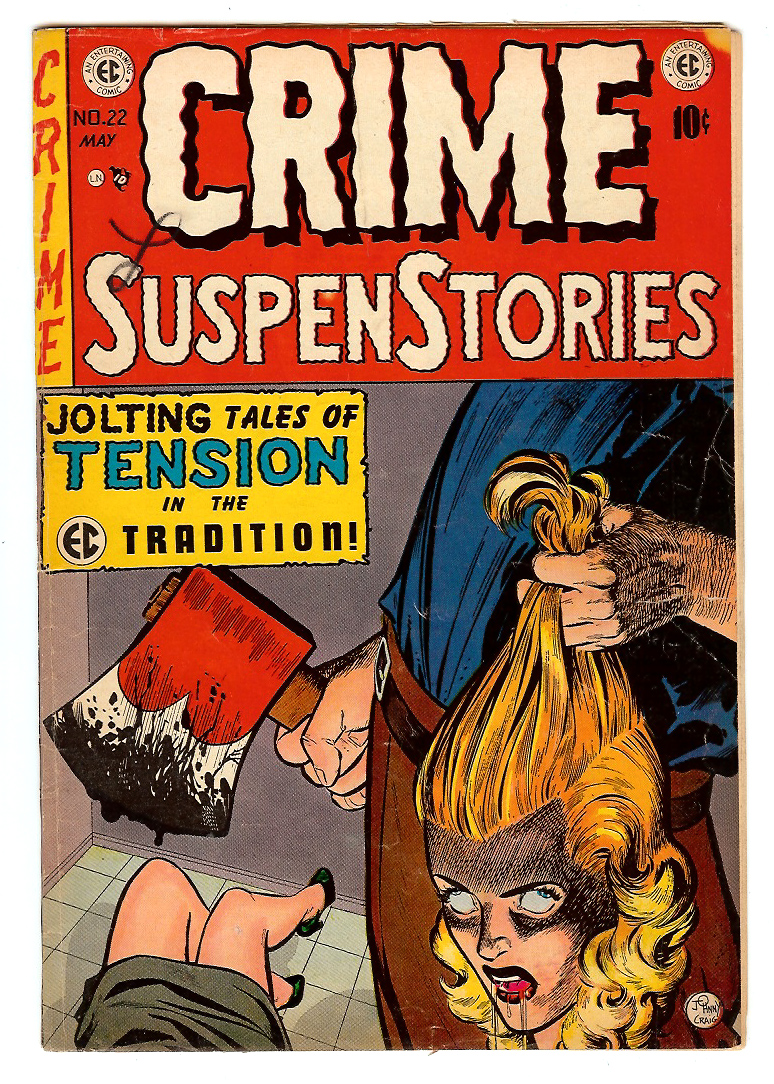