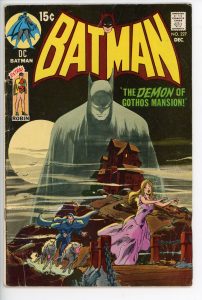 Ask any collector what makes a comic book valuable and they will tell you (besides condition) that it being a “key” of some sort is probably the #1 element.   First appearance by a character as we see with most #1 issues.  The first team-up with another character like in SUPERMAN #76 when Superman and Batman first team up and discover each other’s secret identities. Or an important shift in artistic direction like with DAREDEVIL #158 which features the first DD work of Frank Miller who would go on to reshape the character.

But you’d be hard pressed to find someone to say the sole value of a comic is it’s cover.   Yes covers are made to sell a book, no question there, but few truly affect the value in the back issue market with the exception of BATMAN #227. 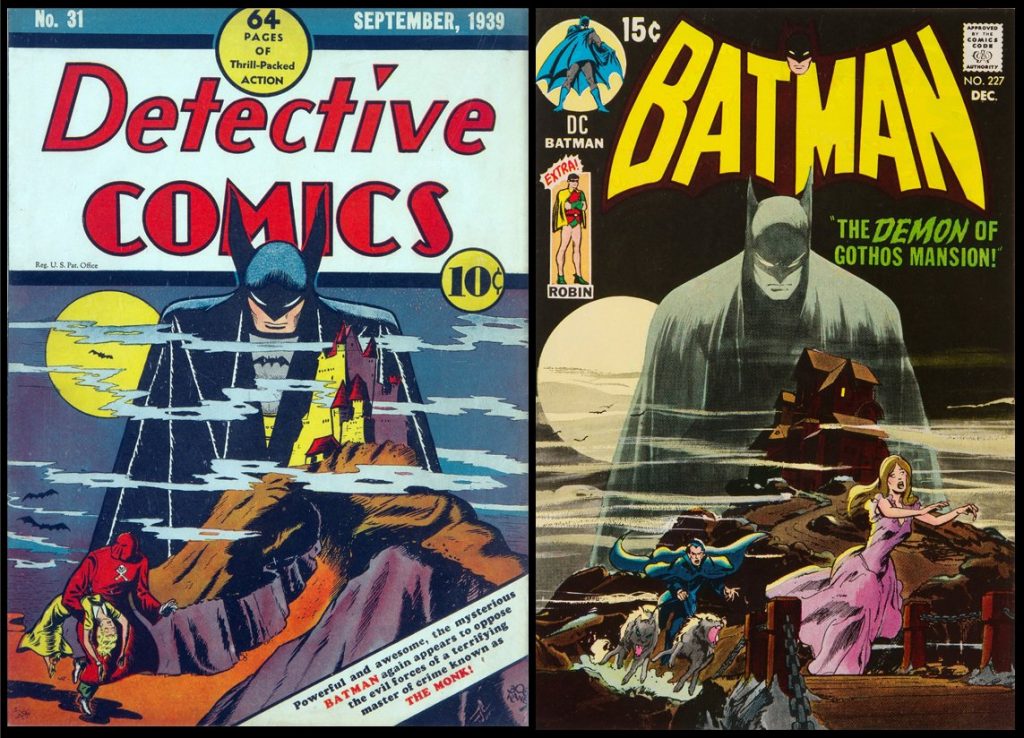 It’s a swipe by Neal Adams of Bob Kane’s original cover to Detective Comics #31– arguably the best cover in the pre-Robin era of Batman creating a mood and atmosphere that sets the character apart from the other superheroes of the day.

Adams reworking features Batman as a gray wash and it’s notable for having very little verbage on the cover other than at the top right.  Most other covers of the period often had word balloons and exclamations telling us why we should buy it.  Batman #227 has no distinction to it other than the cover, no key appearances, no dramatic artist shifts, no appearance by the Beatles, nothing to make it stand out.

But why is the book so valuable?   Let’s take a look and compare it to other similar issues… 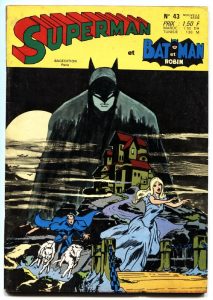 The book has gotten so popular even the foreign editions of it are starting to sell for real money.  And some of them are pretty cool in their own right.

Is there another comic book whose sole value is owed to having a pretty cool cover?   I don’t think there is, but I asked my son, Joe Fish, who is the #2 man at Superworld Comics for his opinion and he suggested SILVER SURFER #4 as a worthy comparison.   He argues the book isn’t a key either and yet it commands incredibly high prices on the market.

I’m not sure I agree, the Batman issue features art by Irv Novick who is a very talented artist but one who is considered by many to be a journeyman artist, someone whose work is professional but not overly exciting.   The story by Denny O’Neil features Batman coming to the aid of Alfred’s niece Daphne, who makes her last appearance in the title.  It’s a serviceable story but not overly memorable.

SILVER SURFER #4 features a story by Stan Lee, art by John Buscema who is considered on a level with Jack Kirby, and an appearance by Thor, making him the first superhero guest star in the Surfer’s solo title– I would argue that makes it a key, albeit not a very big one.

When we look at values however– there is no question.

Okay, so maybe the title of this post should have been The Strange Case of The Silver Surfer #4– but then again maybe it shouldn’t have.  Weigh in with your thoughts.

SUPERWORLD BLOG! Check back every Thursday for a new post!

Superworld Comics has been in business for thirty years, buying and selling vintage comic books!  If you’ve got a collection you are ready to part with give us a call at the number listed at the top of the website, and be sure to tune in to Instagram for Superworld Live Shows;  Teddy’s Treasure Chest Tuesdays is on at 6pm and Lunch With Jose in on Thursdays.  Each show features great comic books at bargain prices and check out our website for thousands more books available!