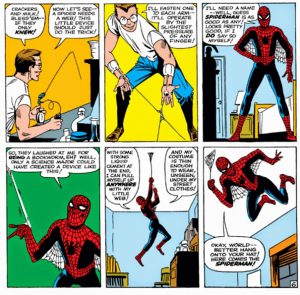 From the pages of Amazing Fantasy #15 © Marvel Comics

When The Amazing Spider-Man burst onto the scene in the Aug 1962 issue of Marvel Comics AMAZING FANTASY #15 he had one of the jazziest costumes in all of comics history.

For many years it was thought that this was the handiwork of “Sturdy” Steve Ditko who did the artwork on this first appearance— but does the credit belong to Ditko or to Marvel Comics’ Giant Jack Kirby who was first assigned to the project by Stan Lee?  Or does it belong somewhere else? 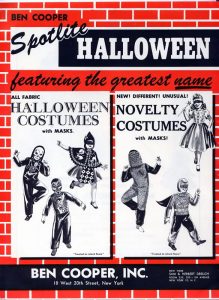 The Original Catalog Cover from 1954

In 1954 Brooklyn Costume and Novelty company Ben Cooper released a catalog of Spotlight Halloween Costumes and the cover featured a “Spider Man”, right there dancing next to a princess and a spaceman— although the cover was black and white— it was clear that the mask said Spider Man across the top and the color scheme seemed to show a web pattern all over the lighter portions of the costume.

A closer look at the costume from Ben Cooper

Ben Cooper had established itself as the king of Halloween Novelties and their costume line was ever growing.   It is rumored that Jack Kirby himself submitted several costume designs to the company in the 1950s when comic book work had slowed down. 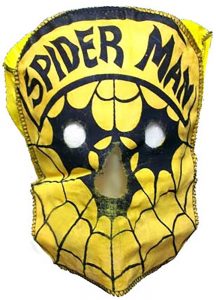 Kirby was an art making machine producing thousands of concepts over his long illustration career and this is more than possible.

When asked about the costume design Co-Creator Stan Lee said he had thought of the Serial version of the pulp hero The Spider from the 1938 Columbia Pictures production;

The serial gave the pulp hero a more stylized costume complete with web pattern.  Stan originally tasked Jack Kirby with coming up with Spider-Man’s look but he felt it was off the mark; 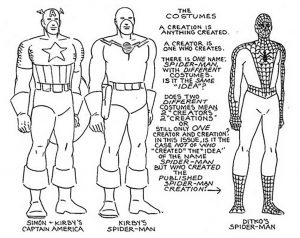 The actual Kirby drawings are long since lost to time but in defending his role as the creator of Spider-Man’s look Ditko redrew what he remembered Kirby’s design to be and this matched Stan’s recollection as well.

The coincidence between the Cooper costume and the Spider-Man design can’t be ignored, but when shown the catalog Ditko dismissed the comparison. 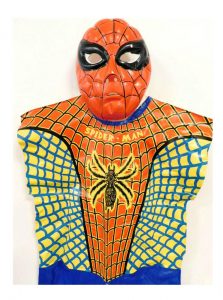 In 1963 Ben Cooper worked out a licensing deal with Marvel Comics to produce an “official” Spider-Man costume which would go on to be one of its best sellers for nearly twenty years, so whatever ill-will the company felt about possible plagiarism was settled with this deal.

No matter the truth, the world welcomed Spider-Man and there can be no arguing that Steve Ditko played a major role in his success with some help from Columbia Pictures and possibly Ben Cooper and Jack Kirby.

KEY ISSUES TO LOOK OUT FOR

If you’re interested in finding any of these key issues of Spider-Man, you can find all of the Amazing Spider-Man Comics we have in stock here.

Check out our selection of back issues for these and other great comics featuring some of the world’s best characters.   If you have any questions or comments regarding collectible comic books email us at ted@superworldcomics.com