A new segment we’re introducing to the blog is called Superworld Spotlight. We’ll assemble a profile on some of the greats in the industry and some of the worst (we’ll leave that part up to you to decide) There’s no better way to start this segment than by discussing the king himself, Jacob Kurtzberg. If you don’t recognize the name, you might be more familiar with one of his various pseudonyms; Curt Davis, Ted Grey, Jack Curtiss– or his best known, Jack Kirby. 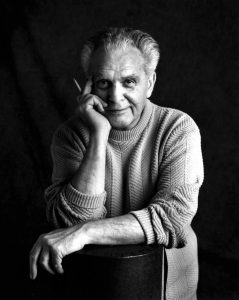 Widely regarded as the top innovator in the industry, Kirby grew up on Essex Street in the lower east side of Manhattan during the 20s and early 30s. Citing Kirby’s influences, he was inspired by guys like Milt Caniff (Terry and the Pirates, Steve Canyon) Alex Raymond (Flash Gordon) and Harold Foster, the Canadian-American artist best known for his work on Prince Valiant. After two attempts at art education, Kirby decided he was better off as a self-taught artist. He was rejected by the education alliance as he drew “too fast with charcoal.” and then went on to attend the Pratt Institute where he left after a week. “I wasn’t the kind of student Pratt was looking for.” Kirby said. “They wanted people who would work on something forever. I didn’t want to work on any project forever, I intended to get things done.” 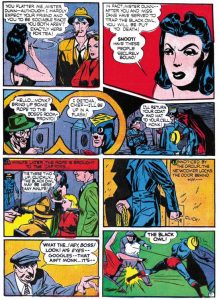 From there, Kirby went on to work for both Lincoln Newspaper Syndicate as a daily strip artist, and Fleischer animation studio. He left Fleischer for reasons of unhappiness as he described working there as “a factory in a sense.” he went on to compare it to the garment factory his father worked in. “They were manufacturing pictures.” He then went to work for a comic packager producing comics on demand. There, he worked on titles such as “The Count of Monte Cristo”, “Socko the Seadog”, and “Wilton of the West.” 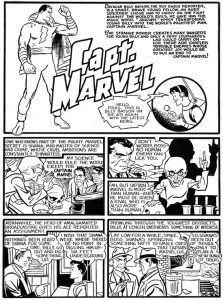 A few months into Kirby’s next gig at Fox Feature Syndicate, Kirby met then editor of Fox, Joe Simon. The instantly began collaborating on freelance work together. After leaving fox, the two were hired by Timely Comics (later to become marvel comics) not long after, Simon and Kirby introduced one of the most notable superheroes of all time– Captain America. Simon became the editor at which point he hired Kirby as art director. The two negotiated 25% of the profits with publisher Martin Goodman. With the success of Captain America, Simon felt they were not getting paid a fair percentage from Goodman, thus resulting in a deal with from National Comics that would pay them a combined $500 a week. Shortly after finding out they were moving to National comics, Goodman told them to finish Captain America #10 and leave. After a rough start at National, trying tirelessly to produce editor-assigned work, National’s Jack Liebowitz told them to “just do what you want.” The pair went on to recreate the Sandman from Adventure comics, Manhunter, an original character, as well as the Boy Commandos.