The first ever drawing of Wolverine by artist John Romita Sr.  From the collection of Vince Oliva via Comic Art Fans

Comic fans can be a contemptuous and argumentative lot;  who can take who, what’s more desirable an Action Comics #1 or a Detective Comics #27 (that’s an easy one, Tec all the way), but no debate is more hotly contested than what is the first appearance of Wolverine?

Let’s start with who his creators are; Roy Thomas and Len Wein came up with the concept while John Romita Sr came up with his signature look before the character was then introduced in a storyline in THE INCREDIBLE HULK #180-#182 by writer Len Wein and artist Herb Trimpe.

Co-Creator Roy Thomas is emphatic; “Obviously it’s #180 because he’s in that last panel”.  The Overstreet Price Guide, the most recognized collector and price guide for the hobby insists HULK #180 is a ‘Wolverine Cameo’ but the first appearance of Wolverine is THE INCREDIBLE HULK #181. 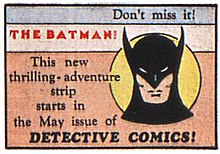 There he is, big as day, even with an announcement which includes his name.   So why is Detective Comics #26 not considered the first appearance of Batman?   For that matter I’m pretty sure there’s an ad for Batman in an issue of ACTION COMICS that pre-dates ‘TEC #26.  I think it’s safe to say a single non sequential panel with a headshot announcing an upcoming appearance would qualify as a cameo, after all it’s not actually part of the story.

So what about Wolverine’s cameo? 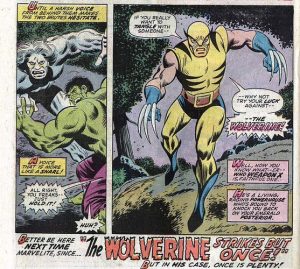 That’s a full on appearance– not only is it part of the story, but he gets a lot of dialogue.  I don’t know folks that looks like an actual here I am moment in comics history.   A 9.8 Copy of THE INCREDIBLE HULK #180 sold in June 2021 for $40,800.   That’s a lot of coin, so maybe that appearance is getting some recognition. By comparison the last recorded sale of a HULK #179 in similar condition was $200 in August 2020, further cementing the importance of a HULK #180.

So what about THE INCREDIBLE HULK #181? 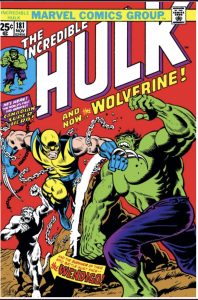 There he is right on the cover, and he’s in the full story (as well as the first few panels of #182) so to The Overstreet Guide and to many collectors THIS is the First Appearance of Wolverine, and collectible sales would certainly agree. A 9.8 copy of HULK #181 sold in September of 2021 for $87,330– more than double the going price for the same condition #180.

Does value answer it? Does the creator’s opinion answer it?   Does the Guide answer it?   For many they have their opinion and they’ve dug in deep with that opinion. Like the argument over the pronunciation of Magneto or Darkseid there may never truly be an answer that satisfies everyone.