When it comes to silver age comic books, golden age comic books, comic book original art, and vintage comics of years past, it is hard to know just where to start if you are ready to grow a collection. These eras brought us some of the best writing, art and stories comics has ever seen and the wonderful abundance of characters, books and story-lines makes it hard for those just jumping into the comic’s world to decide where to start.

The golden age of comics saw many popular heroes begin their crime fighting ways. If you are starting a collection, or interested in reading the origins of classic heroes, this is where to start. Be warned, deep pockets are needed when selecting many of the top golden age titles, with some of them drawing prices in the six to seven figure range. Case in point, Action Comics Number 1, the first appearance of Superman, recently saw a sale of a 9.2 ranked copy go at auction for 3.2 million dollars. If you merely want to read the comic, plenty of reprints and trade paperback compendiums are available. Other heroes that emerged out of the golden age include Green Lantern, Green Arrow, The Flash and of course, the Dark Knight himself, Batman. 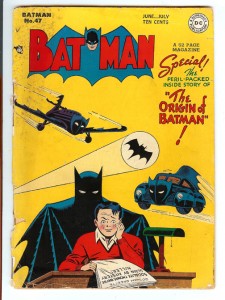 While just one man’s opinion, I firmly believe the silver age of comics is where comics really began to come into their own. Stan Lee had successfully grown Marvel into a household word with heroes like Spiderman, The Fantastic Four, The X-Men, The Incredible Hulk, Thor, and a more contemporary and modern Captain America. New printing techniques improved on the four-color bleeds used for the page coloring. 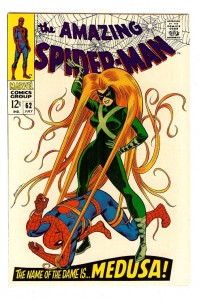 There was an ongoing battle between comic publishers and the Comics Code of Approval going on during this time which forced the writers to water down many of their books, but they fought on and eventually got the CCCA to loosen up the requirements for the comics being published.

Long time fans and collectors are known to have favorite artists or series runs. This is where collecting original art comes in. With today’s ease of locating original artwork pages from the comics via sources like eBay and Comicartfans.com, some of the investigative work has been removed for finding and collecting original art pages. A real score is finding a vintage Steve Ditko or Jack Kirby, that comes with a signature and editor’s notes on the panels. Of course, Silver and Golden age original art is not in everyone’s budget. A great way to start collecting art is to look for nice pages from the Bronze age like a Mike Kaluta, Sal Buscema or Herb Trimpe. Check out our original art page for some nice examples. 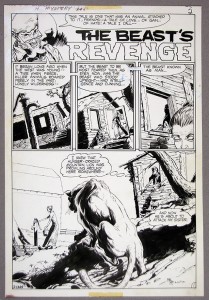