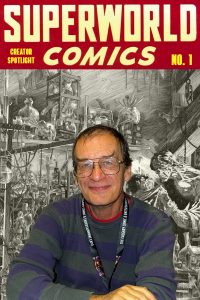 Bernie Wrightson was born October 27, 1948 in Dundalk, Maryland.   He studied art via a correspondence course from the Famous Artists School, watching artist Jon Gnagy on television with his show LEARN TO DRAW which ran as a syndicated TV Series through the 1950s and through studying comic art particularly the work of some of the celebrated artists at EC Comics.

In 1967 he met Frank Frazetta at a New York Comic Con who encouraged him to work up his own comic samples which he did and shortly showed his samples to DC Comics editor Dick Giordano who gave him his first freelance assignment.   Initially Wrightson began spelling his name ‘Berni’ to distinguish himself from an Olympic diver named Bernie Wrightson, but eventually he reverted it back to the original spelling. 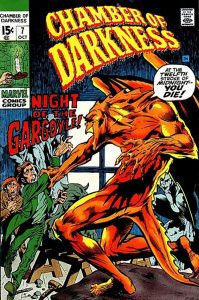 After debuting his work in HOUSE OF MYSTERY #179 he continued getting work at DC Comics working on mystery and anthology titles.    His first published cover was at Marvel Comics for CHAMBER OF DARKNESS #7 in 1969.

In the Spring of 1971 Wrightson co-created SWAMP THING with Len Wein in HOUSE OF SECRETS #92 (Jul 1971) after a conversation the two of them had while Bernie was commiserating the end of a relationship with a woman.

In the Fall of 1972 he and Len Wein resurrected SWAMP THING in his own series, changing the setting from the Victorian era to the present day.   Wrightson drew the first ten issues of the series before moving on.

In Jan 1974 he began working for Warren Publishing which was producing a series of black and white horror magazines in comic form.   The following year he joined fellow artists Jeffrey Catherine Jones, Michael Kaluta and Barry Windsor-Smith to form The Studio, a loft space in Manhattan where they would often jump in on each other’s projects. 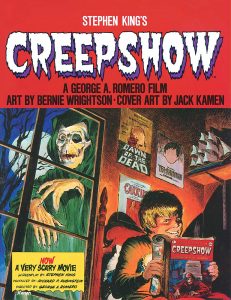 In 1983 Wrightson illustrated the comic book adaption of the Stephen King horror film CREEPSHOW as well as several other projects with the noted horror author.   In 1984 Wrightson provided concept art for GHOSTBUSTERS.

Also in 1983 Wrightson published his adaption of Mary Shelley’s FRANKENSTEIN which is universally considered his masterwork.   Painstakingly drawn at a larger scale using brush and ink the production is a love letter to Bernie’s love of Classic Horror and Universal Monsters.

Bernie continued working well into his retirement years, recovering from a wrist injury and regaining his impressive drawing skills.    Bernie often “saw” the final work on the page before he started, so he usually worked from very loose pencils.   Then he would painstakingly dip his brush in ink, apply a line or two, and repeat. 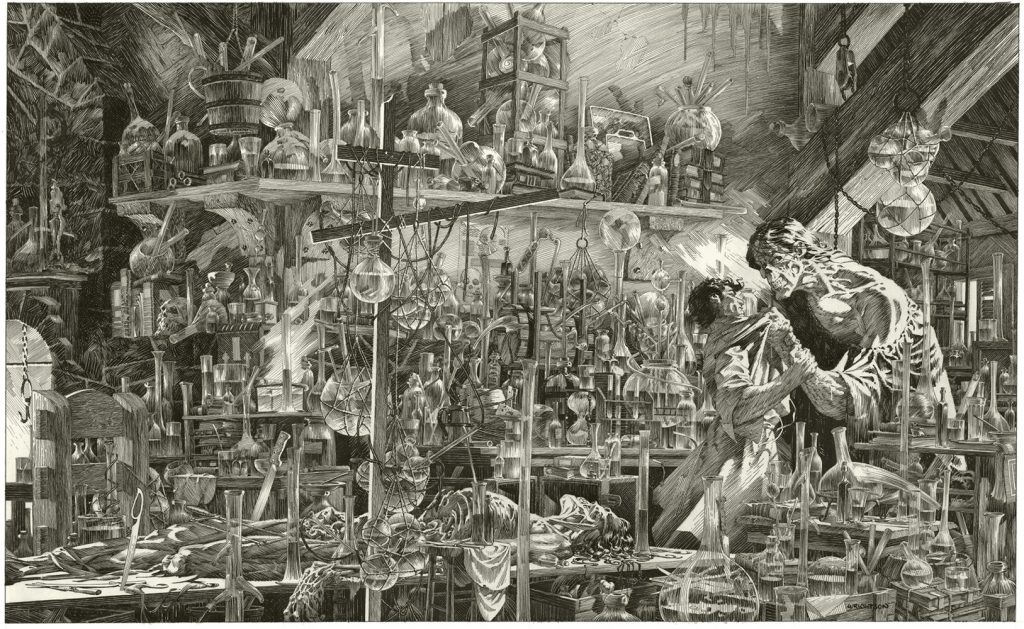 KEY ISSUES TO LOOK OUT FOR

BATMAN #320- although this was published in 1980, the original art was recently sold on Heritage and revealed it was first submitted to DC Comics in 1972— making it Bernie’s first Batman drawing in an official capacity, pre-dating his work on Swamp Thing! If you want to pick up any of these books, you can use the search feature on our website here.

Check out our selection of back issues for these and other great comics featuring some of the world’s best characters.   If you have any questions or comments regarding collectible comic books email us at ted@superworldcomics.com