It’s probably not a surprise to our customers that some of the highest grossing films of all time are live action renditions of some of the most well known silver age and golden age comic book characters? Internet Movie Database’s list of the domestic All-Time Box Office highest grossing films has 9 of these features in the top 50, with 2012’s The Avengers coming in highest at number 3. The recent Batman films, The Dark Knight and The Dark Knight Rises are also in the top 10.

In the Top 100, you’ll also find some of Marvel Studios’ latest, such as the Iron Man films, the Spider-Man trilogy and Captain America: Winter Soldier, all films released in the 2000s, up until the present.

Some silver age standouts also can bring in big ticket sales, including the recent X-men movies, which round out the top 100 coming in at 101 (2006’s The Last Stand) and 103 (2014’s Days of Future Past), respectively.

Another silver age comic standout is this year’s summer blockbuster Guardians of the Galaxy. The movie, currently in theaters, already holds the 48th spot on the list tallying a surprising $300 million dollars. Talk about stellar tickets sales! This reincarnation is derived from the original Guardians of the Galaxy superhero team that first appeared in Marvel Super-Heroes #18, in January 1969, essentially closing out the epoch of silver age comics.

Another character that has found success is Thor. With 2013’s The Dark World at number 138, and 2011’s Thor at number 182; spots on the list that may not seem impressive but collectively equal combined ticket sales in the area of $387 million dollars. God-like numbers if you ask me.

Since the formula of tapping into the golden age and silver age of comic book character gold seems to be working the studios are preparing the next vehicles of revamped nostalgia that audiences are clearly flocking to. In 2015 look forward to a 20th Century Fox production of The Fantastic Four. A superhero quartet that made its comic book debut for Marvel in November 1961. Also slated for 2015, Ant-Man. A silver age sci-fi superhero standout that first appeared in Marvel’s Tales to Astonish, 1962. Currently in pre-production is Doctor Strange. A memorable character who first saw the light of day back in 1963. Hollywood insider’s are talking about Joaquin Phoenix as the potential leading man. Warner Brothers, owners of the DC Entertainment imprint, have slated Batman v Superman: Dawn of Justice for 2016. In addition, a Justice League movie has been announced, but without any details on a release date.

Visit our blog for more informative background regarding the great characters of the silver and golden age of comics. Contact us to find the rare editions that are supplying the inspiration for the blockbusters films of tomorrow. 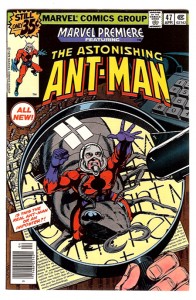 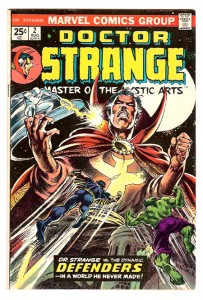