Ant-Man is one of those silver age comic book characters that seems to get a bad rap. Many comic book fans think of him as little more than a joke and have already laughed off his upcoming new movie.

However, if you’re a true comic book fan, you should give the movie a fair shot. It actually looks primed to tap into the appeal of Ant-Man and could turn out to be a real classic.

First of all, Paul Rudd is awesome. Honestly, it’s hard to imagine an actor more suited to playing Ant-Man. Ant-Man has never been a “heavy” super hero aka one that relied on pure brute strength. Instead, he got by on clever wits and strategy.

And Rudd is one of those actors that oozes intelligence, while not coming across as smarmy. He’ll also know how to bring out the comedy in the role: there are few comedic actors alive more accomplished than Rudd.

Also, he had a role in crafting the script, making this something of a passion project. As a result, we’re likely to get a fully dedicated, dramatically prepared Rudd.

And while Ant-Man is definitely a throw-back to the weirdness of the silver age, he’s always been a surprisingly complex character. As a result, silver age fans should get the old-fashioned fun they crave while more modern fans get the “gritty” experience they want.

The first Ant-Man, Hank Pym, had severe anger control problems that he took out on his girlfriend, Janet Van Dyne aka the Wasp. The second Ant-Man, Scott Lang (who Rudd will play in the film) was a criminal-turned-hero while Eric O’Grady was an amoral man who stole the suit for his own selfish purposes. 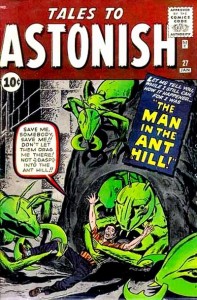 And then there’s Ant-Man’s powers. While silver age fans know better, many fair-weather fans hear the name “Ant-Man” and assume he can only shrink. Not so! He can actually grow to enormous sizes, becoming a beefy behemoth that is nearly impossible to stop.

Just imagine the carnage that’s possible in a scenario where an enraged Ant-Man grows to full size and fights some wild creature cooked up by Egghead.

It’s also fair to say that Marvel movies have stayed fairly true to the fun and light-hearted elements of silver age comics. While they sometimes delve into the grittiness that defines DC movies, they are often high-spirited romps that delight both young and old. 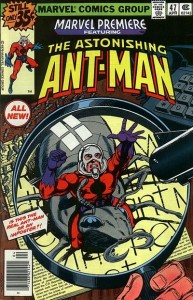 If you’re interested in learning more about Ant-Man before (inevitably) shelling out the big bucks to see him fight on the big screen, contact us. We have a massive collection of silver age comics we know won’t disappoint.