Does anyone remember when Democrat Tipper Gore went after the music industry in the 1980s? Although it captured big headlines, it wasn’t the first time that politicians tried to “save” the world from some of America’s most creative minds. In the 1940s and 50s, the moral police set their sights on comic books and their creators. On one side of the storyboard were those that thought tales of monsters, the supernatural and criminals would corrupt the country’s youth. On the other, were people that understood not all children’s stories had to end with “happily ever after.”

Of course all of the efforts to squash Americans’ creativity really did nothing more than create division among the masses, cause businesses to fold and spawn an underground culture. It was, not surprisingly, full of people determined to enjoy unadulterated comic book art and “forbidden” storylines. And by the way, you can still find some pre-code masterpieces on sale to this day. We happen to have more than 300 of them in stock at the moment, including those with the words, “Horror” and “Terror” in their titles. They were two of the words that the moral police thought would turn young children into evil creatures bent on destroying humankind.

Some of our favorites were published by EC’s Bill Gaines, who was one of the government’s main targets back in the day. For those that are interested, we’ve got several Vault of Horror issues in stock. The series started in the spring of 1950 and ended in the winter of 1955. It featured three popular horror hosts, including the iconic Crypt-Keeper. Artist Johnny Craig drew the covers for the issues that we have in stock (#26-#27, #36 and #40). The list of other artists that worked on those issues includes, but doesn’t end with Jack Davis, Graham Ingels and Bernard Krigstein. To discover more about them and the other comic book artists that helped Americans thumb their noses at authority in the pre-code days, please contact us 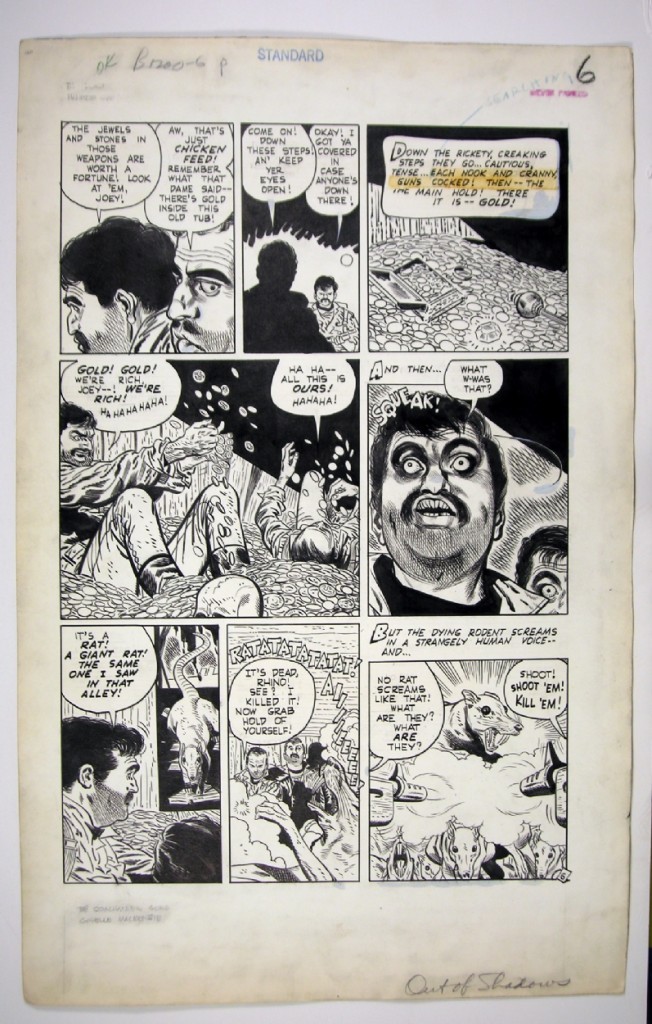