Comics are full of vigilante crime fighters, but, only a few provide the protection we need, we label them Super Heroes. The rest are cast into obscurity. Surfacing only in trivia games and insensitive lists that downplay their efforts to save humanity. Here are my top three not-so-super heroes.

This Irish-born child of the 60’s was originally a villain. New York’s metro-sexual temptations overwhelmed him and he began a life of crime. The villains placed a headband upon his head, (surely styling his ginger locks before hand,) and dressed him like an extra in the Rocky Horror Picture Show. Banshee was saved by the X-Men and later joined their ranks. His power: A loud scream that could break the thickest glass. Sadly, he wasn’t popular enough to remain a part of the freak show. 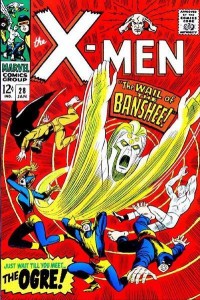 Another extra from the X-Men saga, this glam-rocking college dropout is the quintessential 80’s rebel child, no doubt influenced by Twisted Sister, Billy Idol, and Boy George. Easily one that may have been lost in the shuffle, as the 80’s specialized in producing an endless bile stream of mediocrity, she somehow lasted. Her ability to perform a Pink Floyd light show variation, from her body, made her enough of an oddity to stand out. She managed to reappear in several of the X-Men rebirths. Here at Superworld Comics, we had such a high opinion of Dazzler that we used a number one for one of our famous Trash-A-Comic videos:

Carlton Lafroyge, a name that when spoken aloud will cause faces to crinkle, like a bad smell suddenly appeared. The worst kind of know-it-all is the kind that is eventually proved to be as smart as they claim. Through blackmail this super nerd weaseled into the lowest spot in the group New Warriors. After a string of hard luck, the crew was apprehended. Hindsight Lad devised a plan that set the Warriors free, but, ultimately he betrayed the entire team, and was banished from the Warriors. The true hindsight is The New Warriors should have eliminated this arrogant and conniving nuisance from the start. A Captain America wedgie, I am betting, would have saved them 45 issues of grief. 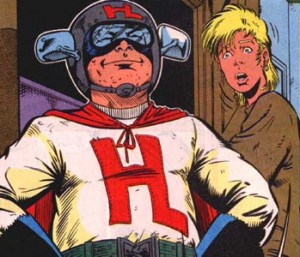 These are just a few pseudo superhero characters that somehow found their way into print. The list of comic killing super duds is an example of how competitive the comic market used to be. Characters, such as, Dogwelder, Leatherboy, and The Whizzer, were rushed into print with the hopes of finding a following. This was counter productive, leaving the reader frustrated with the lack of creativity.