Fans of the satirical humor publication MAD Magazine know very well that the back page is reserved for Al Jaffee. Mr. Jaffee, an award winning cartoonist is best known for his pop cultural contribution of the Mad “Fold-In” on the back of the magazines. The idea, conceived by Mr. Jaffee, was a mocking gesture on the glossy centerfolds found in then popular magazines such as Playboy and Life. The fold-in poses a question and puts forth a full page image that is designed to be divided in three columns of equal size. The outer vertical columns, are meant to be folded in away that omits the central panel and creates a new image which thereby answers the presented question humorously. The fold-ins tackled a myriad of subjects drawing from pop culture, politics, art and more. They became a huge success and a monthly assignment for Mr. Jaffee. First appearing during the Silver Age of comics books in April, 1964, the Fold-Ins and Mad are celebrating over 50 years of this tradition. 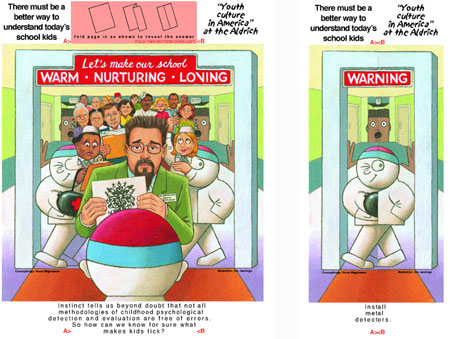 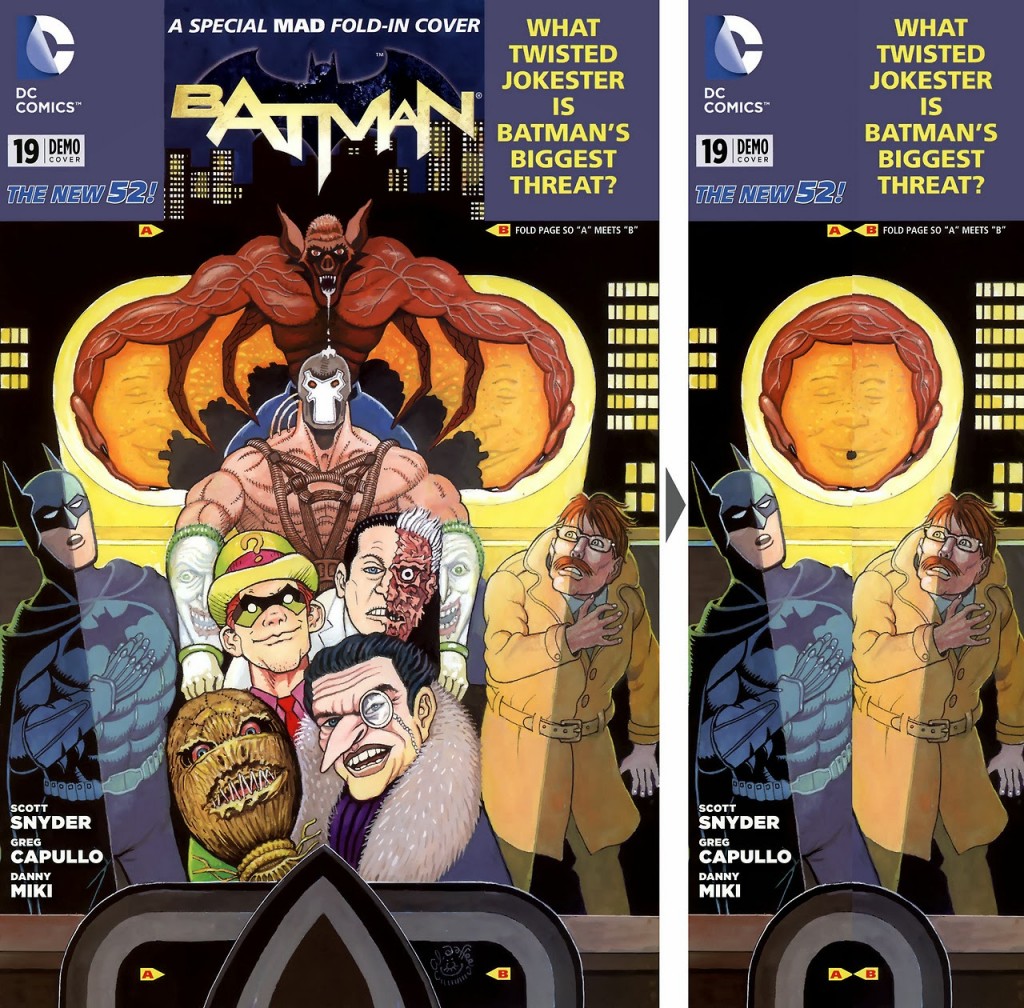 Mad Magazine itself is a product of the Golden age of comic books, beginning as an imprint of Entertaining Comics. It made it’s debut in 1952 and was founded by legendary cartoonist and editor Harvey Kurtzman and publisher William Gaines. EC was responsible for such notable horror comic book contributions as Tales From The Crypt and Vault of Horror; as well as war comics including Two-Fisted Tales and Frontline Combat. Superworld Comics is in possession of several issues of Mad from their Golden Age days, including the famous Basil Wolverton “Beautiful Girl of the Month” cover issue (Mad #11) and Mad #23, which is the issue before the publication switched to the magazine format in July of 1955. Contact us to inquire about these and other notable EC comics.

Jaffee’s famous “Fold-Ins” are now part of the American cultural landscape and to celebrate this distinction an exhibition of these fine pieces of commercial art has been organized to elevate their artistic importance. Currently on-view through December 19, 2014 at the Scott Eder Gallery in Brooklyn, New York, this exhibition, titled The Mad Fold-In Art of Al Jaffee, gathers original art pieces of the Fold-Ins the illustrious cartoonist has been producing for five decades. Gallery owner Scott Eder said of Mr. Jaffee “a legendary comic artist, someone that’s a part of history.” Such glorifying compliments might be met with levity by Mr. Jaffee, who in an interview with Mother Jones magazine in 2010 said, “serious people my age are dead.”