In preparation for the GRAND release surrounding Marvel Studios’ next Hollywood offering, you might need a microscope for this Ant-Man sized publicity. The tiny-sized trailer is a teaser for a founding member of the Avengers and an iconic hero of the Silver Age of comic books, who is making his big film debut this coming summer. Superworld has a nice NM+ copy of Marvel Premiere #47 on sale for $212. (as of 1/9/15) www.superworldcomics.com 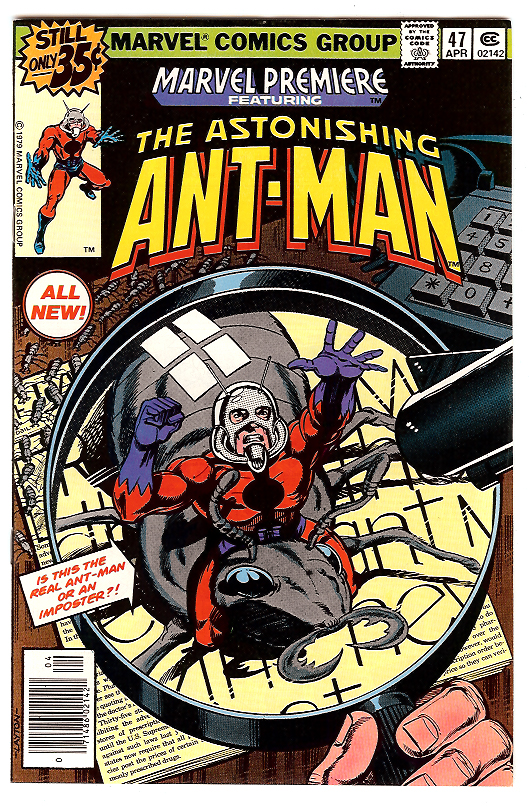 Ant-man, created by Stan Lee, Larry Lieber and Jack Kirby made his first appearance as Hank Pym in Marvel’s Tales to Astonish #27 (January, 1962). The initial character, biophysicist Dr. Henry ‘Hank’ Pym, developed a chemical substance named ‘Pym Particles’ that allowed him to shrink in size. By donning a helmet that gives Pym the power to communicate telepathically with insects, and altering his size, he becomes the mystery-solving hero Ant-Man in Tales to Astonish #35 (September, 1962). Years later, devastated by the loss of his girlfriend and crime fighting partner, Janet Van Dyne (who becomes the Wasp), he eventually abandoned the identity of Ant-Man in pursuit of other personas. Dr. Pym is also known for aliases Giant-man and Goliath, as well as creating the criminally insane robot Ultron. 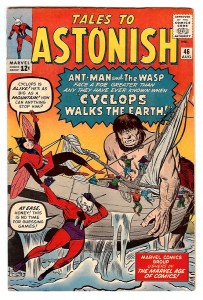 Tales to Astonish #46 features The Wasp

In the original comic book story, a thief, Scott Lang, steals Pym’s Ant-Man suit, as a salvo to save his daughter Cassie from a life threatening heart condition. In this new film version, Paul Rudd has been cast as Scott Lang, the central character; a master thief, enlisted by Dr. Pym (played by Michael Douglas), to take on the identity of Ant-Man and help take down antagonist Darren Cross and take back the Pym technology, usurped by Cross.

Darren Cross, played by Corey Stoll, a brilliant scientist as well as the protégé of Dr. Pym; steals Pym’s technology to create his own shrinking suit and become Yellowjacket. In the original comic book story Hank Pym assumes theYellowjacket identity after he foregoes his Ant-Man persona. The movie is changing Darren Cross’ backstory as well. 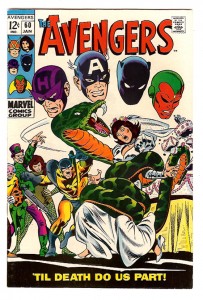 Hinting at a potential revival of the Wasp, Evangeline Lilly plays a small but important role in the film as Hope Van Dyne, the daughter of Janet Van Dyne; potentially as the “insect” in waiting.

Ant-Man will be rooted in a comedic tone, a style that worked for the studios with Guardians of the Galaxy. Reports reveal that funny man Paul Rudd and director Peyton Reed, known for a lot of television comedy (New Girl, Upright Citizens Brigade, Mr. Show) will integrate a lot of action and some crowd-pleasing comedic flare to this production.

Contact us to get a closer look at the early stories of Ant-Man and get pumped for the infestation that will hit theaters this summer.