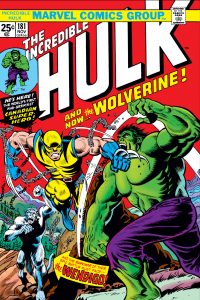 Believe it or not there was a time when we old-timers thought books like THE INCREDIBLE HULK #181 weren’t worth our time as collectors.  Hard to imagine a book which now sells in the upper thousands once seemed like it would never have value because it was too new, or there were too many copies out there.  The same thing goes for Silver Age Comics, in the mid to late 70s I’d pour through back issue collections at flea markets and build a stack of books at $1 a piece only to be told by older, supposedly wiser collectors I was wasting my money and should only buy Golden Age comics.  I once turned down a nice copy of FF#1 because it was overpriced (IMO) at $100! 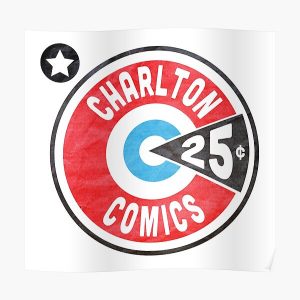 All that leads me to Charlton Comics, the little comics company in Derby Connecticut formed in 1946 that did its best to grab a portion of the comics market.  They introduced some early horror comics like GHOST MANOR and THE THING!   They had some important titles and characters including THE QUESTION, CAPTAIN ATOM and THE PEACEMAKER, which were all eventually absorbed by DC Comics when Charlton folded.

In the 70s Charlton’s focus was on licensed properties like THE SIX MILLION DOLLAR MAN, SPACE 1999 and THE PHANTOM.   Even more amazing is the list of big-name creators who either got their start or spent time at Charlton; 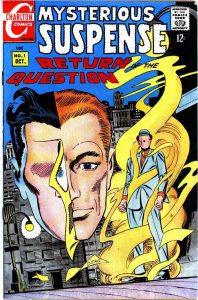 Today it’s hard to find some Charlton Comics in nice condition, it seems like they were the journeyman of comics titles.  I know when I was a kid it would take three Charlton books and a Ring Ding to trade for a single Marvel or DC Comic of the same period during those sometimes heated comic trading afternoons I’d enjoy with my friends. 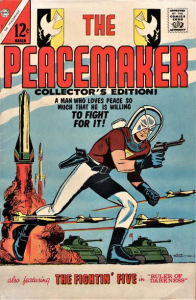 With the recent announcement of THE PEACEMAKER being brought to live action we are seeing that title heat up.  Could collectors soon take a second look at the rest of Charlton’s titles?  Right now they are at bargain prices and we have a good selection right here at SuperWorldComics so check the catalog!