When it comes to valuable comics, the Golden Age was pretty much ruled by DC . That all changed in the Silver Age, which is when Marvel truly stepped up the wow factor with characters who are still fan favorites to this day.

Of course, it helped to have industry icons like Stan Lee, Jack Kirby and Steve Ditko working at Marvel at the time, and the characters they created often starting out as everyday folks, not aliens from other worlds or extremely rich CEOs with a love for flying mammals.

Those early first appearances have led to many of those books to skyrocket in value, such as in Amazing Fantasy #15, which is the first appearance of that friendly neighborhood Spider-Man. The book has reached an astounding $1.1 million dollars in a sale in March 2011, making it just one of three comics to have crossed the $1 million mark. The other two are DC titles Action Comics #1 and Detective Comics #27, which were the debuts of Superman and Batman, respectively.

Below is a list of the 10 most valuable comics from the Silver Age. Well, the 11 most valuable, as we have a tie between two. Keep in mind that these record prices are for very high grade copies of these books! 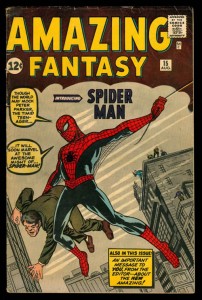 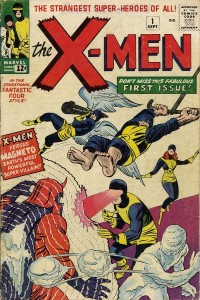 Fantastic Four #1 (Nov. 1961): One of the most popular super-hero teams of all time is the Fantastic Four, and their origin and first appearance are in this issue. Record sale price: $300,000 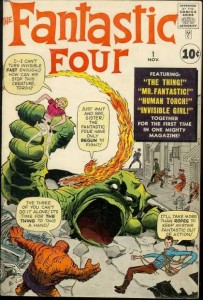 The Avengers #1 (Sept. 1963): You’ve heard of the Avengers, right? You know, that team with a bunch of insanely popular heroes on it? This was their first appearance and origin. Record sale price: $274,000 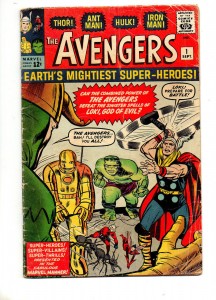 Tales of Suspense #39 (March 1963): Long before Robert Downy Jr. put on the suit, this comic was making a lot of new fans of Iron Man as it has his origin and first appearance. Record sale price: $268,000

Journey Into Mystery #83 (Aug. 1962): By Odin’s beard, this comic is the origin and first appearance of Thor as they designed him for the Marvel Universe. Record sale price: $185,000

The Incredible Hulk #1 (May 1962): If you happen to have a copy of this comic, don’t smash it like The Hulk would, even if you get angry at it. This particular book contains the first appearance and origin of the green goliath. Record sale price: $125,000

Brave and the Bold #28 (March 1960): And DC makes their only other appearance on this list with the origin and first appearance of the Justice League of America. This is sure to get a popularity bump with the upcoming movies. Record sale price: $120,000 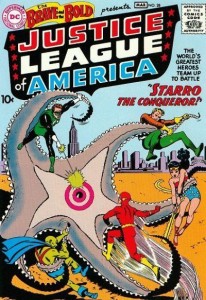 Avengers #4 (March 1964): The Avengers again? You bet. This is the issue in which Captain America is found frozen in a block of ice and makes his first Silver Age appearance. Record sale price: $120,000 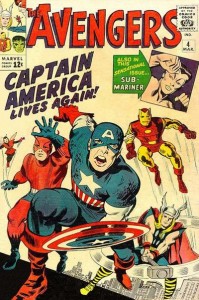 The Amazing Spider-Man #1 (March 1963): Looks like the Avengers are the only repeaters on this list. Spider-Man got his own title, and a classic cover done by Kirby and Ditko. Record sale price: $110,000 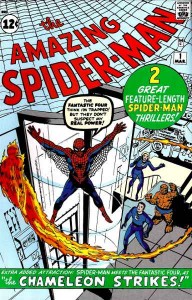 Don’t have a an extra 100 grand sitting around? Well, you don’t need it to buy some very quality comic books from the Silver Age. Here at Superworld Comics, Inc., we specialize in Silver Age comic books, Golden Age comic books and original comic book and can help you add a great book (or books!) to your collection.

Feel free to contact us with any questions or a specific comic you might be seeking. We’re happy to help you in any way we can.