“Alex Schomburg was totally unique” said comic book legend Stan Lee. “I remember hearing Timely Comics publisher Martin Goodman tell me time and again how great a cover illustrator Alex was, and how he wished we had more like him.” 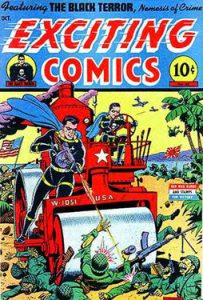 Schomburg was a Puerto-Rican comic book artist, painter, and commercial artist. Born in 1905 in Aguadilla, Puerto Rico, he moved to New York City in the early 20s. He began work as a commercial artist with his three brothers. A few years later in 1928, The partnership between the Schomburg brothers ended, and Alex began work with the national screen service. He created lantern slides and worked on movie trailers all the way into 1944. It was during this time that Alex Schomburg freelanced Better Publications; illustrating interior pages for the companies pulp magazines.

Into the 1940s, Schomburg’s primary freelance gig was with Timely Comics, the precursor of current-day marvel comics. It was working with Timely that he illustrated his first two comic book covers, Daring Mystery Comics #1 & Marvel Mystery Comics #3 (both released Jan. 1940) Schomburg would go on to become the primary cover artist for Timely. In addition, he provided covers for Pines Publications and Harvey Comics. From 1947 to 1949, he used the pseudonym “Xela”. 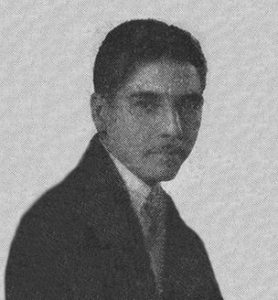 After a decade of freelance work with various comic publishers, Schomburg left comics in the early 50s and focused the remainder of his career on covers and illustrations for sci-fi magazines & astrology publications. In 1977, Schomburg, along with fellow golden age artists, collaborated on The Invaders Annual #1. This included a six-page chapter featuring the Human Torch from the golden age.